Skip to the content
Support > Documentation > Examples > A* Pathing

This page is divided into two sections; the first outlines the example scene for demonstration purposes and the second provides steps for how to use the A* Pathfinding option in a new scene. 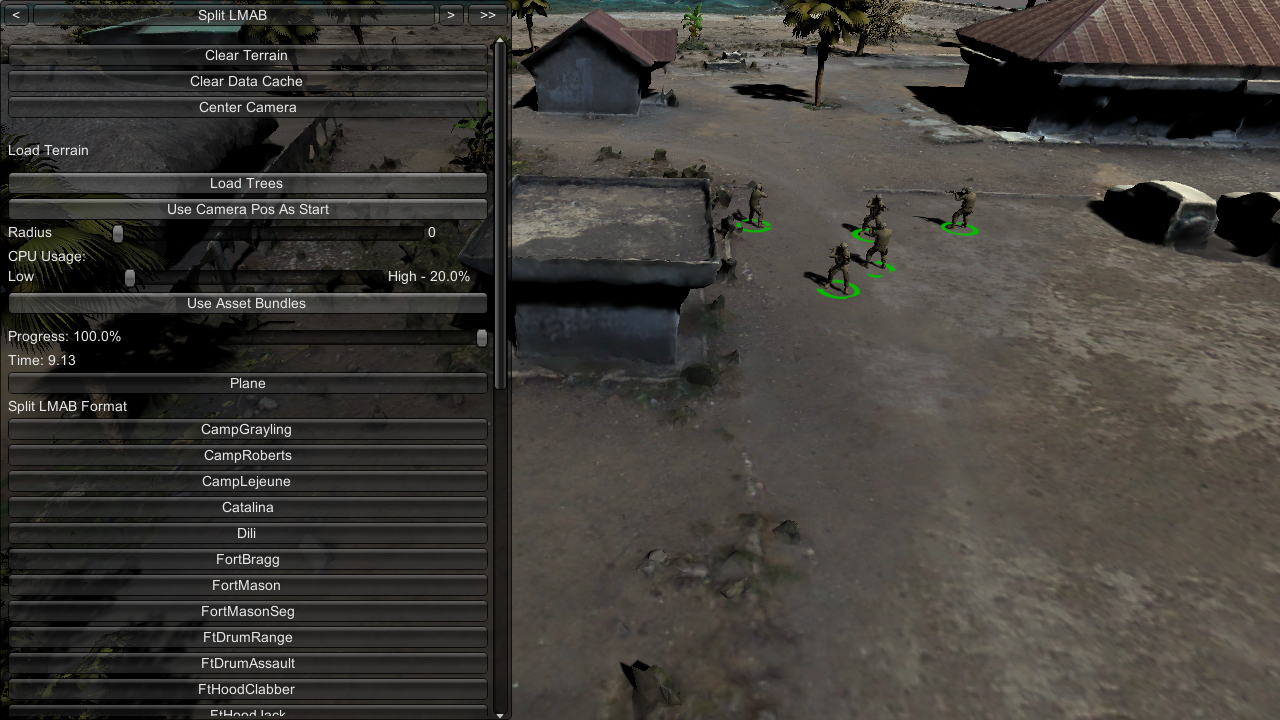 Observe the movement behavior of multiple units under the A* Pathfinding movement system option.

The terrain panel appears by default on scene launch and is divided into the following options:

Utilize the terrain loading capability with debug menu and unit instantiation for your scene with the ExampleAstarPathing script.

Simply add this script to an empty game object in your scene: Assets/Ride/Examples/AstarPathing/ExampleAstarPathing.cs

Add empty game objects to the scene to serve as spawn points, which are then referenced in ExampleAstarPathing.cs.

The A* Pathfinding Project Pro package is now available as an alternative to using Unity’s native Pathfinding solution.  Future releases may have this option be the default. 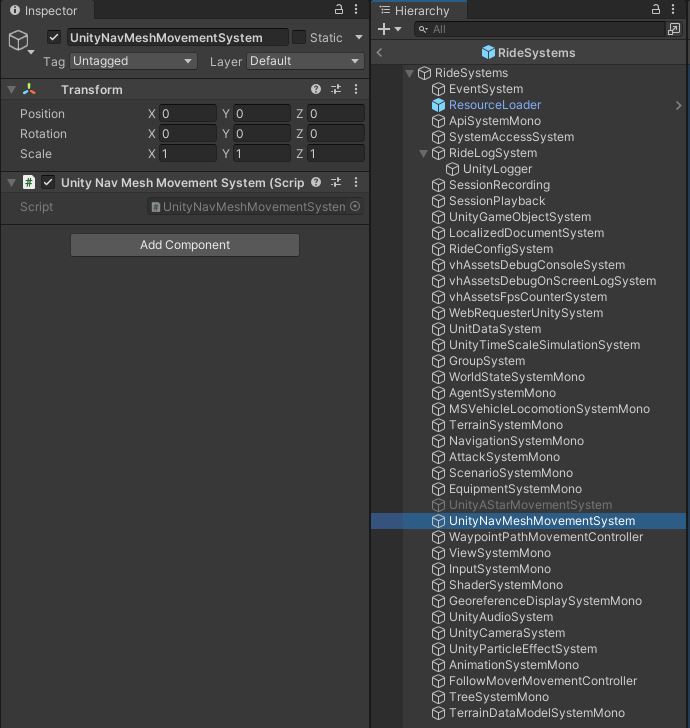 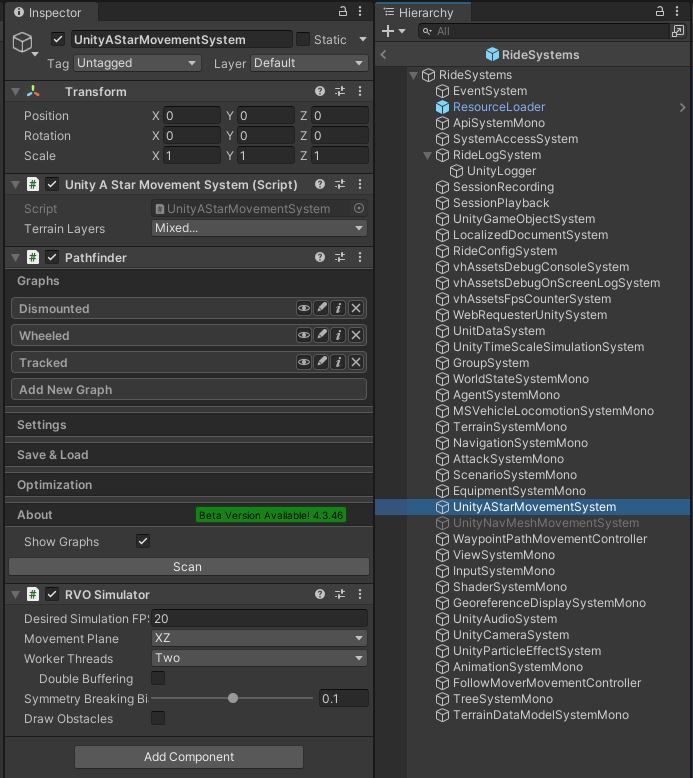 It’s possible to now load multiple terrains within a single scene.  Instead of a TeamMatch scene for each terrain dataset, there could exist e a single scene, with a menu option to choose which terrain to load.

Setting up A* Pathfinding Navigation

In this method, navigation graphs are saved to a cache file. This is somewhat similar to baking a navmesh in Unity’s default navigation system.