Now “DataMono” characters are built by using bootstrappable data components for entities and no longer rely on AgentMono script, which reduces the number of necessary functions and decouples them from a single class.

Each data component is handled by one or more different RIDE systems.

Pre-built PrefabDataMono entities can be found in the following location:

In order to instantiate any PrefabDataMono entity dynamically via code at run-time, ensure the necessary prefabs are added to the ResourceLoader prefab under the RideSystems prefab. Add a new Element entry in the Unit Prefabs section for each unit desired. 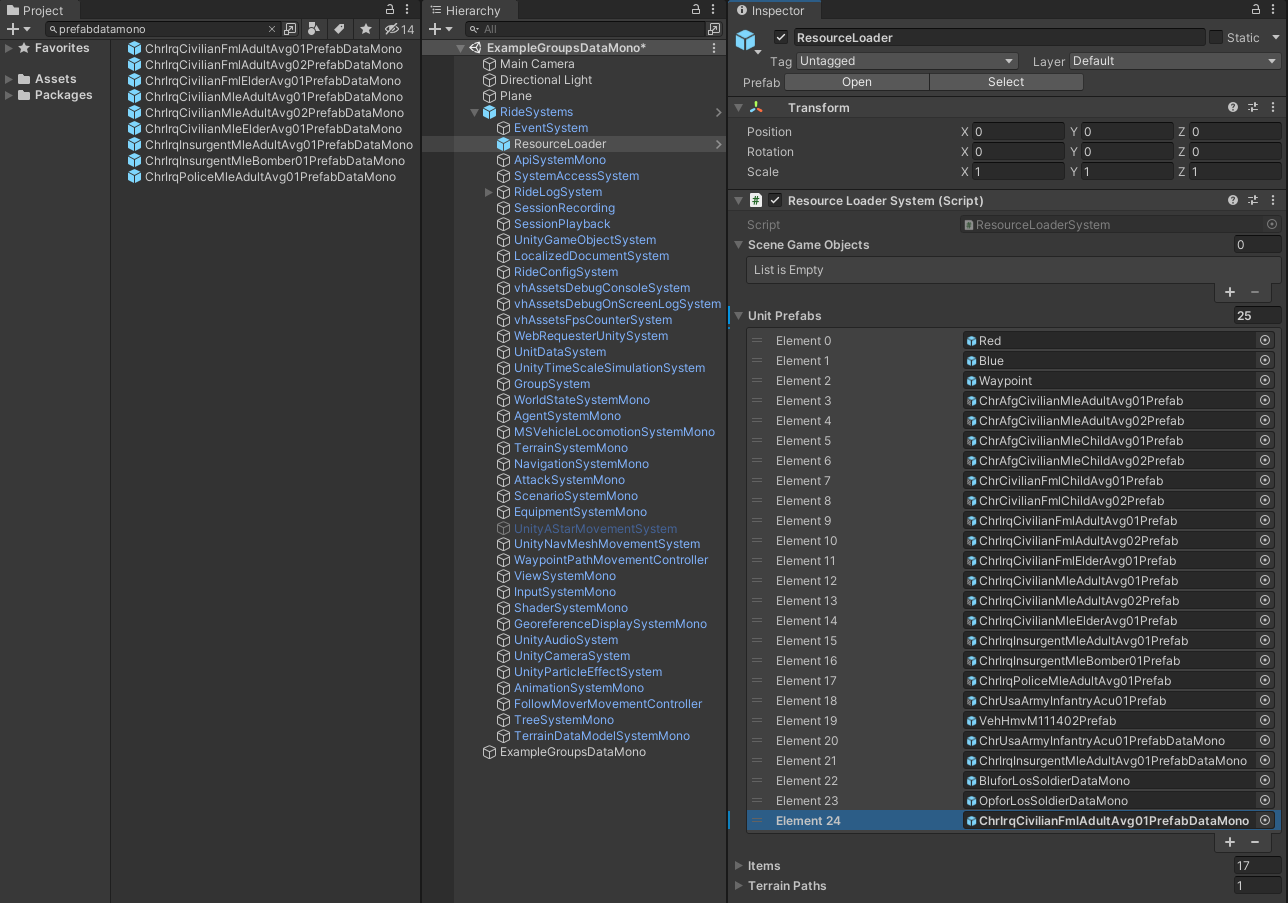